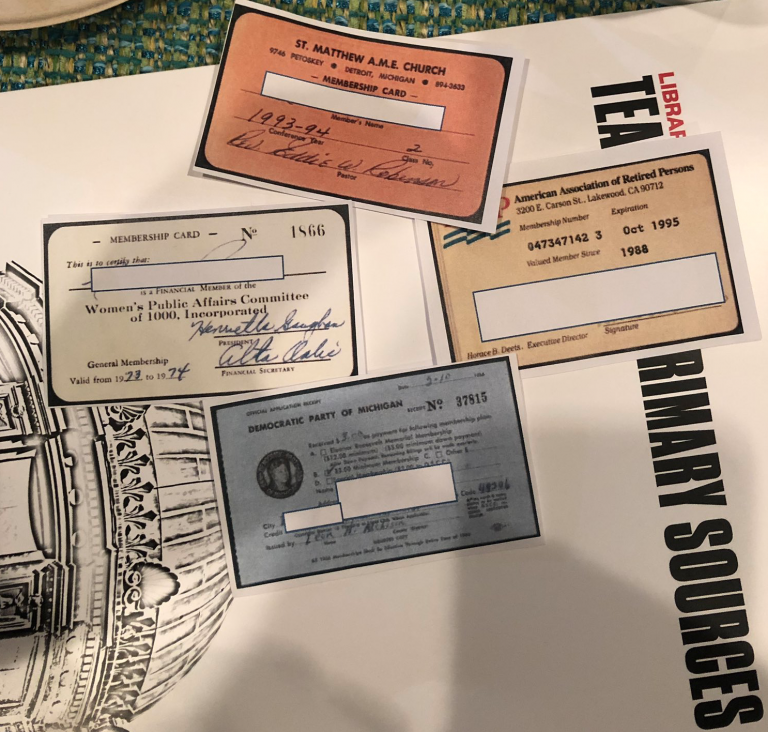 What does the Library of Congress, a bunch of teachers, and Second Avenue Learning have in common?                             The goal of encouraging and engaging students with primary sources in the classroom!

Recently, I had the opportunity to attend the Teaching with Primary Sources (TPS) Consortium at the Library of Congress with our CEO, Victoria Van Voorhis. The TPS Program is dedicated to nurturing partnerships and producing resources that promote the usage of primary sources in K-12 classrooms. We joined this partnership through an LoC federal grant we received to create an application on women’s suffrage. Our app utilizes primary sources to tell the story of these women and their fight for suffrage and will also help students gain literacy in analyzing and understanding primary sources. The consortium started on Thursday morning with a coffee hour, which was a great opportunity to catch up with associates as well as create some new connections. Being new to the company, it was a whirlwind of new names, handshakes, and “what are you working on?” It was great to hear about other projects that people were working on, their ideas about engaging students with primary sources, and share the work we’ve been doing, which I am very proud of.

The Thursday morning talks started with a discussion on associations and what our associations say about us. We looked at a set of membership cards from a Library of Congress collection; membership to the Women’s Public Affairs Committee of 1000, Inc., the Democratic Party of Michigan, St. Matthew A.M.E. Church, and the American Association of Retired Persons. What do these memberships say about this person? What benefits is this person receiving from these memberships? Are they tangible benefits; such as the travel discounts on hotels, motels, and car rentals that you get from being an AARP member? Or are they the spiritual and community benefits you get from being a member of a church organization? As a group of teachers and historians, we were able to accurately guess that the owner of these cards was Rosa Parks, but through the use of primary sources that she kept in her wallet we were able to engage with her in a more personal, and I’d argue meaningful, way than just thinking of her as a black woman who wouldn’t give up her seat on the bus. It was a powerful introduction to the use of primary sources as a learning tool and the benefits of associations. 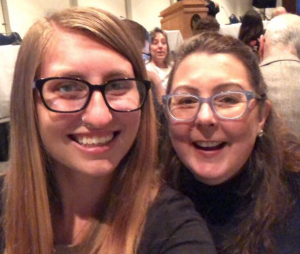 Most of the afternoon talks were about the new and ongoing projects with other partnerships so we got to hear about the ways that others are utilizing primary sources in their work. There was a theme of using primary sources to engage students in civics, which ties directly into our work, especially with Election Edge.  Friday morning Victoria and I trekked off on our own to see the LoC’s exhibit on women’s suffrage: Shall Not Be Denied. This was the highlight of the trip for me (other than the food provided by the LoC, which was decadent). The exhibit is beautiful and very informative. They had a lot of primary sources in the exhibit that aren’t currently available online, so I got to see the full range of their collection, which is expansive. The exhibit features a few different “rooms” that are organized chronologically and by theme. I especially enjoyed the section and sources on the opposition the suffragists faced. The anti-suffragists had amazing political cartoons and over-the-top photos that they used to advertise against suffrage. Looking back on the movement it can be difficult to understand why anyone, especially women, were opposed to equal suffrage, but looking through anti-suffrage propaganda provides insight into the fears that so many people had. They also have pillars throughout the exhibit that helps divide the “rooms” and each of the pillars feature information about a different minority leader of the movement. These women are often forgotten or overshadowed by the main characters of the movement such as Susan B. Anthony and Alice Paul, so it was great that they got their own special place within the exhibit and that the LoC is working hard to shed light upon their many accomplishments and contributions.

After we had explored the exhibit for a while and bought a few suffrage mementos from the gift shop we headed back to the LoC meetings. The afternoon meetings were all about the Shall Not Be Denied exhibit, so we got to hear about it from the perspective of the curators who built it. In a way it was nice to have the image of the exhibit in mind while they were talking about it, but it also made me want to go look back through it to see the things that I had missed. One thing that I missed while viewing the exhibit were oral history clips from African American suffragist, Mabel Vernon. If I were to go back to the exhibit, I would definitely listen to those and hear her perspective, ideas, and recollections about different aspects of the movement.

The trip, for me, was a success. It was uplifting to be in a room surrounded by teachers and historians who are so passionate about teaching and engaging their students with primary sources. I’ve basically lived in the suffrage movement for the past few months and I was still able to learn a lot from theirexhibit. I returned home with some new ideas and new sources I wanted to include. I overall felt reinvigorated to provide a great learning tool for teachers and students about a movement that is so important to our history and to women everywhere.

I look forward to sharing more. You can follow us @2ndAveLearning and see our #Suffrage100 series. 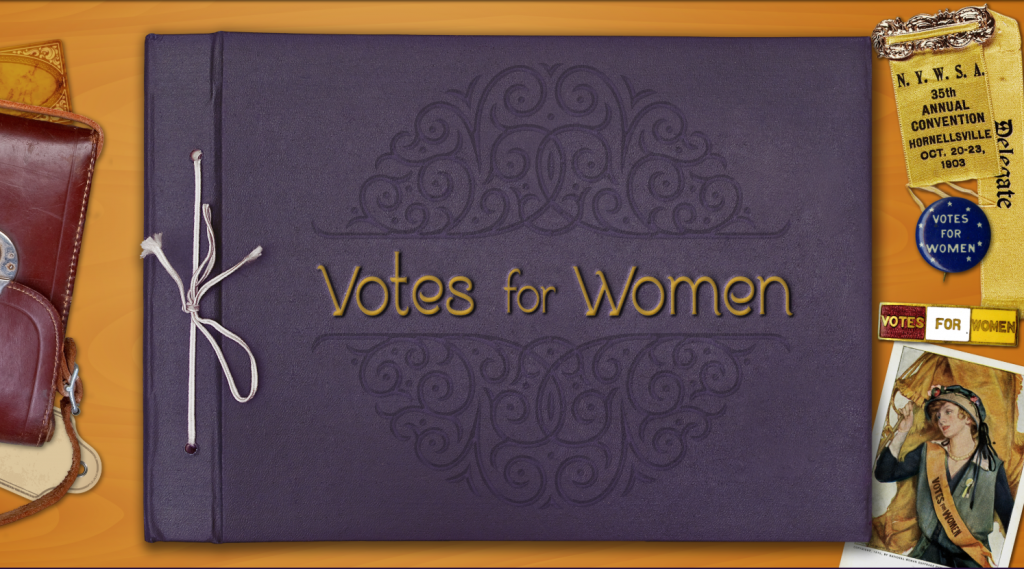