If you haven’t done so already, stop reading and go vote!  At Second Avenue we have been counting down to election day since the first candidate announced their intent to run.  Our team has been busy producing webinars, lesson plans and adding features to our civics and history tools.

As a country, however, we are confronted by ever increasing acrimony and are struggling to find common ground.  Candidates and the press alike have been less than civil in their discourse and the fabric of our body politic feels as though it is fraying.  But we have been here before and found our footing.  Before our Declaration of Independence, John Adams encouraged the freedom of the press and warned people not to be deceived by pretense. “Be not intimidated therefore, by any terrors, from publishing with the utmost freedom; … nor suffer yourselves to be wheedled out of your liberty, by … hypocrisy, chicanery and cowardice.” (John Adams, A Dissertation on the Canon and the Feudal Law,” No. 3, Monday, 30 September 1765)

But in order for people to have that power of discernment, Adams also saw the need for an informed citizenry, knowledgeable about its rights, privileges, and obligations. So did Horace Mann.  Often referred to as the “father of American education,” Mann argued that no republic can endure without an educated citizenry, including knowledge civic duties and of the constitution.  In an 1848 report of the Massachusetts school board, he wrote: “It may be an easy thing to make a Republic; but it is a very laborious thing to make Republicans; and woe to the republic that rests upon no better foundations than ignorance, selfishness, and passion.”

However, teaching civics and history right now feels like touching the 3rd rail in American education.  Our political climate makes teachers reluctant to engage their students in what has become a dangerous space, but it makes it even more important to do so. Our social studies teachers are charged not only with teaching the content of history, geography, and civics, but also with teaching students to evaluate evidence, think critically, debate civilly, draw conclusions and how to be an engaged citizen.

That is why here at Second Avenue, we have developed Election Edge and Voices for Suffrage.  Two tools for teachers to explore the history of our country with their students in a fact-based, data-rich, non-partisan way. In ElectionEdge, you can revisit every presidential election in US history, analyze the primaries and poll data, make predictions about the outcome of each of our 50 states and practice holding elections.  We wanted teachers to have to tools to promote civil discourse about past elections as well as the ones currently underway.  In Voices for Suffrage we use primary sources from the Library of Congress, to give teachers and students the opportunity to explore the imperfect fight for the expansion of suffrage to women. In short, we are committed to providing teachers with tools to help create citizens that are well educated in civics and history and who understand the importance of being an active participant in this messy, beautiful republic we live in. 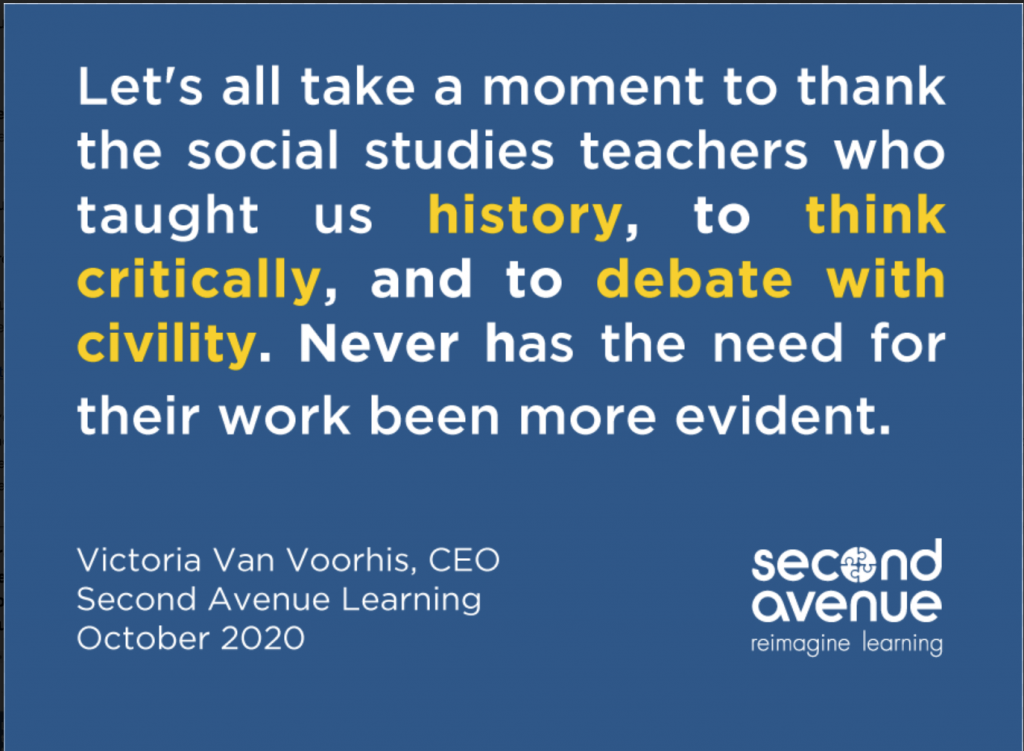