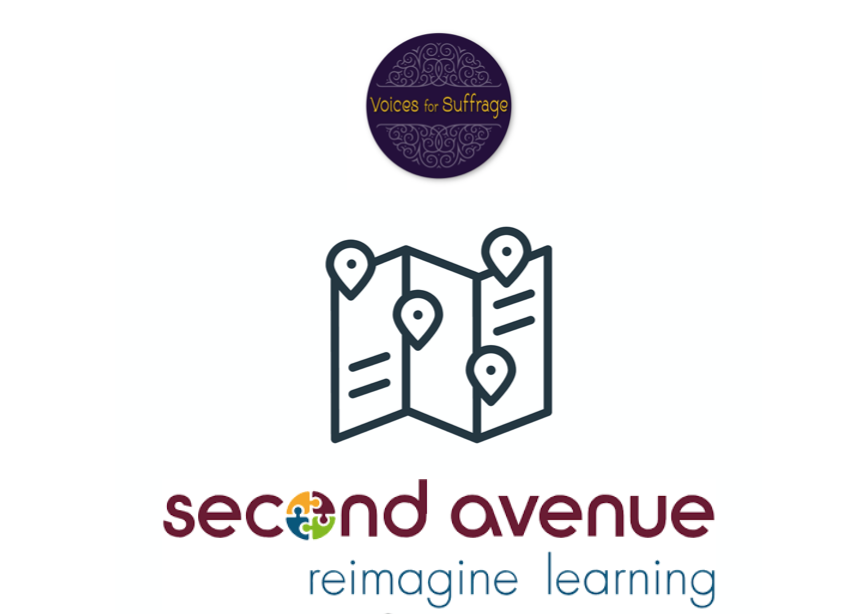 We’re so happy to announce the release of our fourth Guided Tour on our Library of Congress Voices for Suffrage app—Influences!

Guided Tours are 20-minute guided lessons including videos and interactive activities to teach a specific piece of the movement. The Influences Guided Tour focuses on the people, groups, and social movements that influenced the beliefs, goals, and actions of United States suffragists.

This tour will help you discover answers to the following questions: What is the connection between the first suffragists and the abolitionists? What influential role did Native American tribes play in inspiring the goals of the suffrage movement? How did the British suffragette movement influence 20th century American suffragists? What is the difference between a ‘suffragist’ and ‘suffragette’?

You can learn about these topics and more in the Influences Guided Tour! 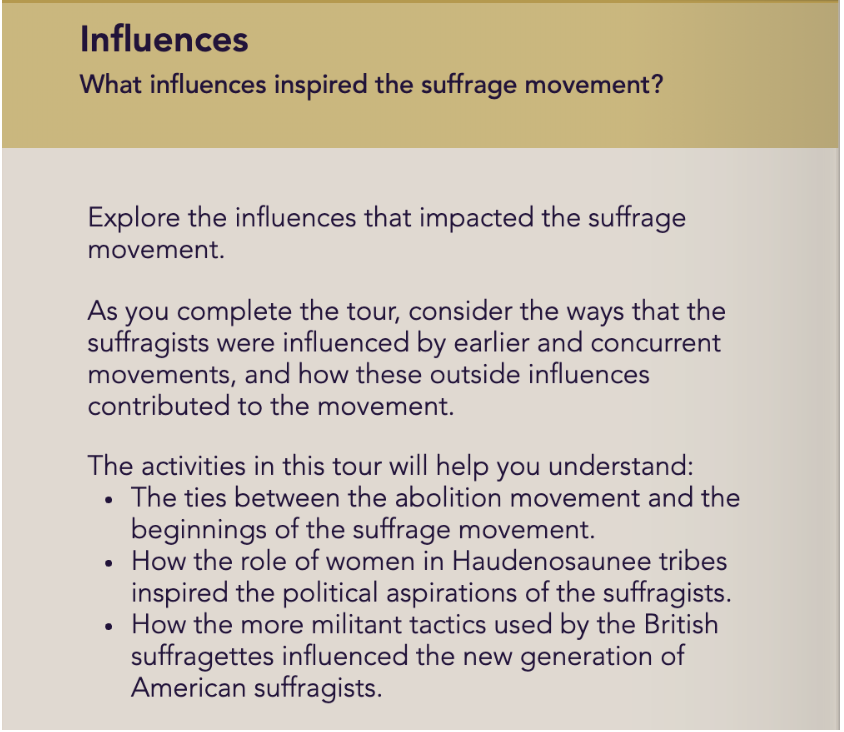 This Guided Tour was created by one of our amazing summer interns, Sarah Swihart! It is exciting when our interns get to experience the real time usability of their research. 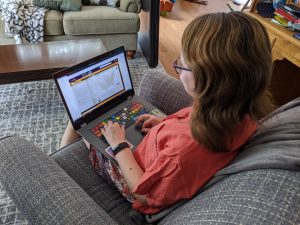 You can access the tour yourself in the ‘EXPLORE the movement’ section. While you are there, check out our three other Guided Tours: Diversity, Opposition, and Tactics.

To see the ways that the Voices for Suffrage app has influenced others, take a look at this incredible mural created by 16 year old Rochester artist, Lucy Ray. 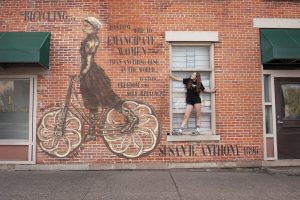