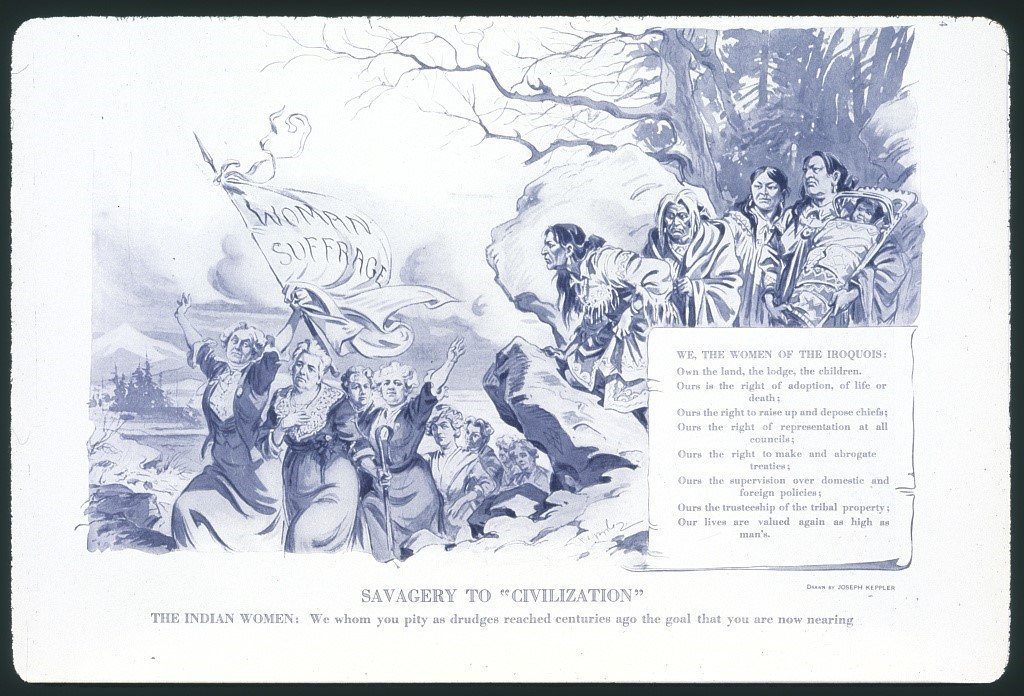 It’s March, which means it’s Women’s History Month! Throughout my life, I’ve been fortunate enough to be surrounded and influenced by many strong and inspiring women. In my work on the Voices for Suffrage application here at Second Avenue Learning, I have also had the immense honor of researching and telling the story of the incredible women who fought for the rights of women, far before I was born.

Voices for Suffrage is a Library of Congress funded project that utilizes primary source analysis and the inquiry design model to explore the United States women’s suffrage movement. The application is divided into two main sections: Explore the Movement, which includes an interactive map and timeline, guided lesson plans and activities, and a comprehensive research database, and Replay the Movement, which includes a primary source analysis game. Working as the content manager for Voices for Suffrage, I have the pleasure of researching and curating content for all the different sections of the application, utilizing the massive collection of primary sources at the Library of Congress as well as various women’s history and state archives.

My favorite part of this research is discovering new stories and influential women that I didn’t previously know about. There are so many hidden gems in history and the suffrage movement, which spanned over 70 years and all across the United States, certainly has many gems of its own. My hope is that by finding and documenting these stories, teachers and students across the US will be able to easily access this information and learn more about this fascinating movement than I did when I was in school.

Primary sources uncover stories and a perspective that we struggle to understand hundreds of years after the fact. For example, Sarah Wallace Pease’s 1897 paper “Recollections of Sarah Wallace Pease” recalls her experience serving on a grand jury. Pease was one of the first women in the entire United States to serve on a jury after Wyoming signed woman suffrage into law in 1870 and soon after allowed women to serve on juries. Pease’s paper discusses the reasons that Chief Justice Howe and his associates allowed female jurors, stating that “hitherto [the justices] had been unsuccessful in securing juries that would convict well-known guilty criminals” and “[Chief Justice Howe] believed that women serving on the juries would remedy this flagrant evil, and inaugurate a better condition of things.” Unfortunately, only 18 months after women in Wyoming were granted the right to serve as jurors, Chief Justice Howe retired and his successors revoked this right.

Another fascinating story I found while researching was about the Native American involvement in inspiring and influencing the women’s suffrage movement. Suffragist Matilda Joslyn Gage was an advocate for, and friend of the Native American Mohawk Nation. In the 1870s, Gage wrote articles for the National Woman’s Suffrage Association newspapers highlighting the brutal and unfair treatment of Native Americans and praising the Six Nation Haudenosaunee Confederacy’s form of governing where “the power between the sexes was nearly equal.”

Joseph Keppler’s 1914 political cartoon (shown above) expresses the hypocrisy of some suffragists viewing the Native Americans as savages or uncivilized when the women of the Haudenosaunee Confederacy (referred in the cartoon to as the Iroquois, an incorrect and derogatory term) actually had rights and privileges that continued to be denied to “civilized women.”

This is just a taste of the many stories from the suffrage movement that I have uncovered while researching for Voices for Suffrage. There are so many more stories and women that I hope to be able to include in this application to advance our understanding of the breadth and diversity of this great movement.

To learn more about the suffrage movement and the incredible women involved, visit voicesforsuffrage.com. Is there a missing story or primary source we should include? Send me an email at tpolashenski@secondavenuelearning.com. Also, keep an eye out for the launch of our public facing authoring tool, which will allow anyone to enter in primary sources and event entries of their own!